The State of Mobile App Security in 2022 Press Release

Findings Reveal Both the Increased Importance of Mobile Apps and the Relative Lack of Focus on Runtime App and Data Protection; July 26 Webinar Will Reveal Additional Findings.

SAN JOSE, CA and EDINBURGH, UK, July 14, 2022 - Approov, creators of advanced mobile app and API shielding solutions, today issued, “The State of Mobile App Security in 2022,” a new report from Osterman Research. The report codifies the increasing dependence of businesses upon their mobile apps, and reveals a jarring disconnect between the strategic importance of apps versus the level of focus and resources applied to protect organizational apps against runtime threats.

Mobile apps and APIs are the lifeblood of organizations. The practices and resource allocation towards runtime threats must be reconsidered – quickly – before yet another wave of major mobile app breaches exposes both organizations and their customers

Michael Sampson, Senior Analyst, Osterman Research, said: “Mobile apps are key channels through which businesses serve their customers, and their importance to organizations has tripled in the last two years. Our research reveals that while enterprise app development and deployment are among an organization's highest priorities, unfortunately, the runtime security of the app, its API secrets and the user data collected do not receive similarly high prioritization and budget. These findings raise serious questions, given that so many recent breaches have highlighted the risk of stolen keys and secrets being exploited by threat actors.” 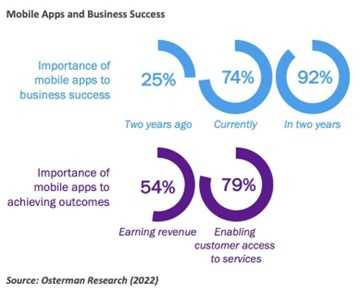 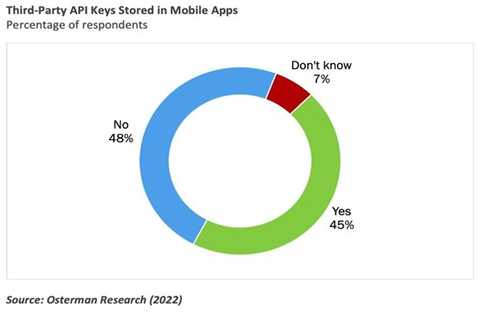 David Stewart, CEO of Approov, said: “This research reflects the overarching fact that although mobile apps are an increasingly critical conduit for both commerce and communications, investment in runtime protection of apps and APIs continues to take a back seat. Moreover, poor practices continue unabated, such as the storing of hard-coded keys in a mobile app or device, which exposes app secrets to increasingly clever threat actors.

“Given that mobile apps and APIs are increasingly the lifeblood of organizations, the practices and resource allocation towards runtime threats must be reconsidered – and quickly – before yet another wave of major mobile app breaches exposes both organizations and their customers to the damage and continual loss that inevitably result.”

Approov recently added a Runtime Secrets Protection capability to the Approov Mobile App Protection platform, a convenient SaaS service that manages and protects all the secrets a mobile app uses, and delivers secrets “just-in-time” to the app only at the moment they are required to make an API call, and only when the app and its runtime environment has passed attestation. It was developed to ensure that sensitive API secrets are not being continuously stored or delivered to unsafe places, such as fake apps or into malicious hands, and marks a major security improvement over keys that are hard-coded in the app itself.

Please visit https://approov.io/for/state-of-mobile-app-security-2022/ to download “The State of Mobile App Security in 2022” or sign up to attend a webinar on the findings with report author Michael Sampson, Senior Analyst with Osterman Research, and David Stewart, CEO of Approov. Michael will present his findings at 2 p.m. ET on July 26, 2022.

Approov solutions help stop API abuse at the edge, and prevent security breaches in mobile channels. With more businesses moving to digitalization and future-ready services that utilize mobile API connections, securing those connections properly can get overlooked or not fully implemented for all possible threats, exposing organizations and their users to breaches, fraud, denial of service, and other forms of API abuse.