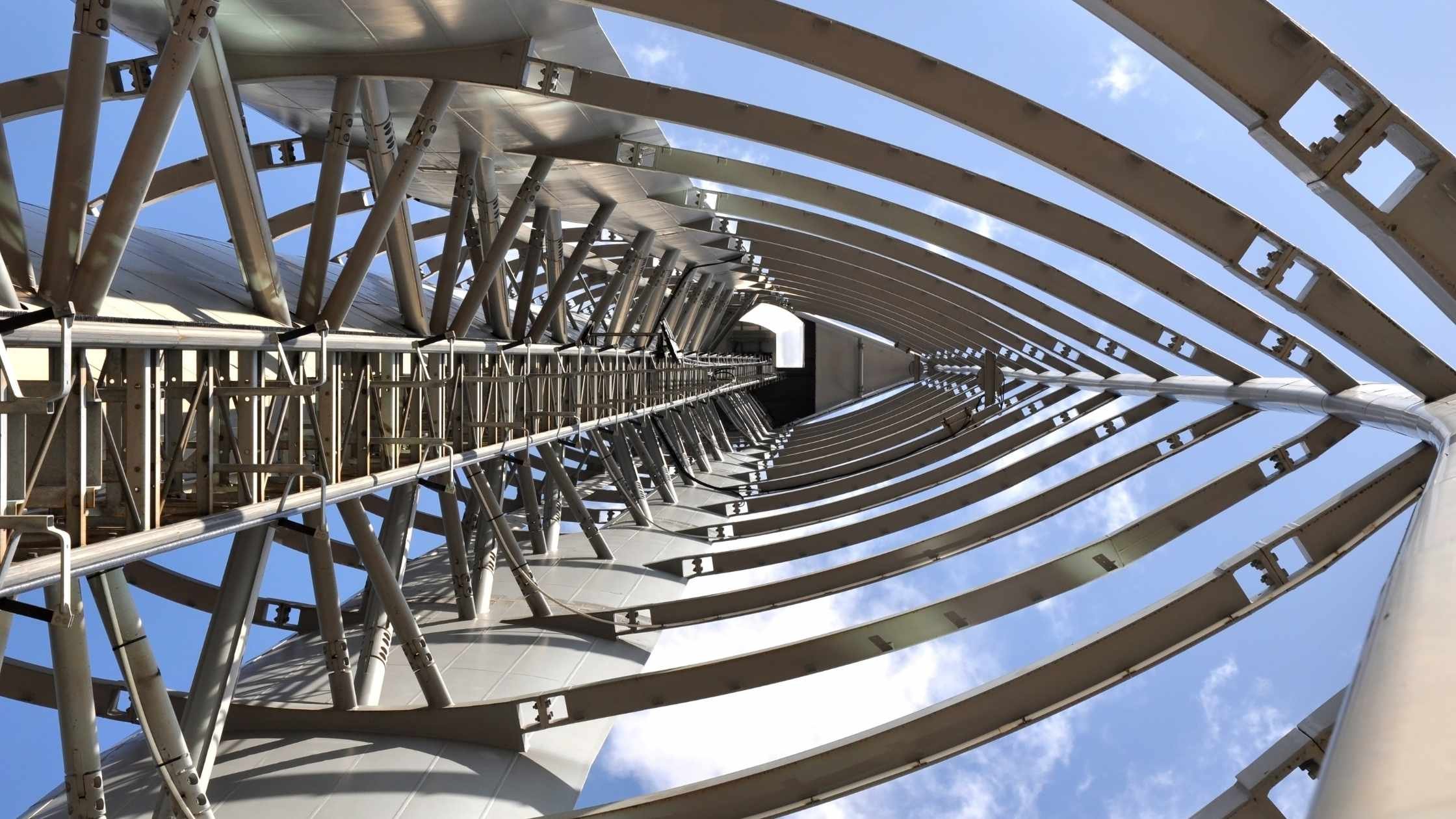 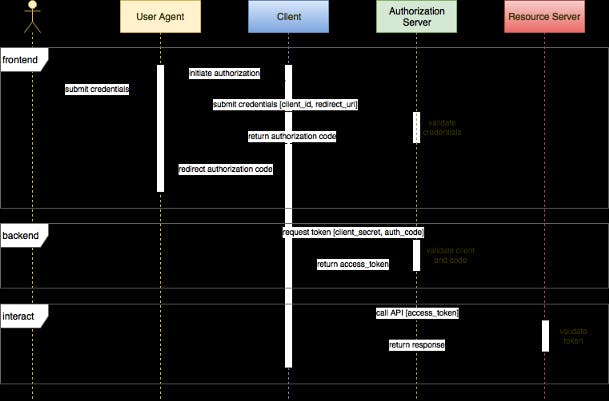 During the code grant flow, the client secret is only exposed to the authorization server. It is never exposed through the potentially less secure frontend user agent.

In OAuth2, a confidential client is one who can securely protect client secrets. Unfortunately, native apps are considered public, not confidential clients. They are not able to protect static secrets. Obfuscation and code hardening techniques make secrets harder to steal, but not impossible. If the client secret can be stolen, then it can be used by anyone to complete an authorization code exchange. This is one part of what makes mobile security so difficult.

Since a public client secret is no secret at all, many identity and authorization service providers simply drop the client secret. AppAuth, a popular open source Android and iOS OAuth2 SDK, recommends against utilizing client secrets:

Public clients are open to all kinds of attacks including authorization code and token theft and client impersonation by malicious software. With either an insecure secret or no secret at all, to restore the integrity of the OAuth2 code grant flow for mobile, native app protection must improve from public to confidential client strength.

On a public client using the basic code grant flow, anyone who can observe a frontend authorization code can attempt to exchange it for access and refresh tokens. Proof Key for Code Exchange (PKCE) was added to the basic flow to help offset this weakness. It attempts to ensure that the client initiating the frontend code request is the same client that subsequently request the backend code exchange.

The client first generates a runtime secret called the code_verifier. In the stringer form of PKCE, the client hashes this secret and sends this code_challenge value as part of the frontend request. The authorization sever saves this value. With or without a client secret, the client includes the code verifier as part of its subsequent backend code exchange request. The authorization server compares a hash of the code_verifier with the original code_challenge it received. If they match, the service will process the code exchange request as usual. 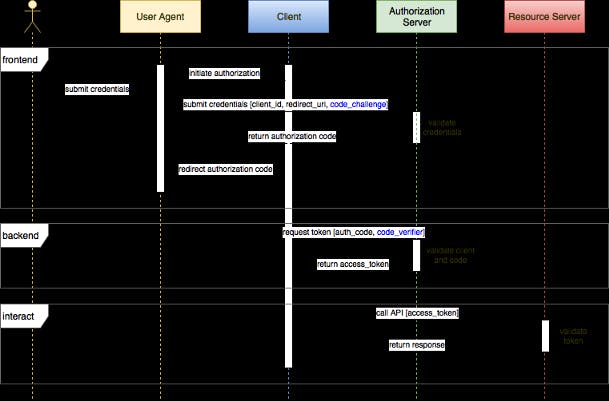 With PKCE, a malicious actor who steals the authorization code cannot successfully complete the code exchange without knowing the original code verifier. The code verifier is a runtime generated secret. As such, it is ephemeral and need not be persisted on the client, so the code verifier can be considered confidential on the mobile client.

A possible attack around PKCE would require generating a fake code_verifier and injecting the corresponding fake code_challengehash into the client’s original frontend request. On observing the returned authorization code, the malicious actor can then send its fake code_verifier to complete the exchange.

Techniques such as SSL/TLS and certificate pinning can prevent these types of attacks, but they do not prevent a repackaged app from impersonating the app and its authorization flow.

Dynamic client authentication uses remote attestation techniques to verify that an app is genuine and untampered.

A client requests authentication from an app authentication service. The service issues a randomized, attesting challenge, and the client responds with a secure and verifiable response. The server replies with a short-lived approval token which may or may not be valid depending on the attestation outcome. In normal usage, this approval token is added to backend API calls to ensure that only a genuine and approved app can successfully access backend resource services.

The app authentication service acts as a source of approval tokens which are, in effect, short-lived, run-time client secrets. With a simple extension to the code grant flow, you can replace a static client_secret with a sequence of run-time client secrets. Since the app authentication secret is never present in the client, and the approval tokens are cryptographically irreversible, the app can now be considered a confidential OAuth2 client, matching the requirements for a secure authorization code grant flow.

Most importantly, since any tampering with the client app will cause attestation to fail, fake apps can no longer impersonate a valid client during the OAuth2 flow.

A proof of concept implementation, using Android and AppAuth, is demonstrated for the Google Identity Service.

Since we cannot modify Google’s OAuth2 authentication directly, we add an OAuth2 adapter service which can validate Approov’s token and mediate the OAuth2 code for access token exchange. 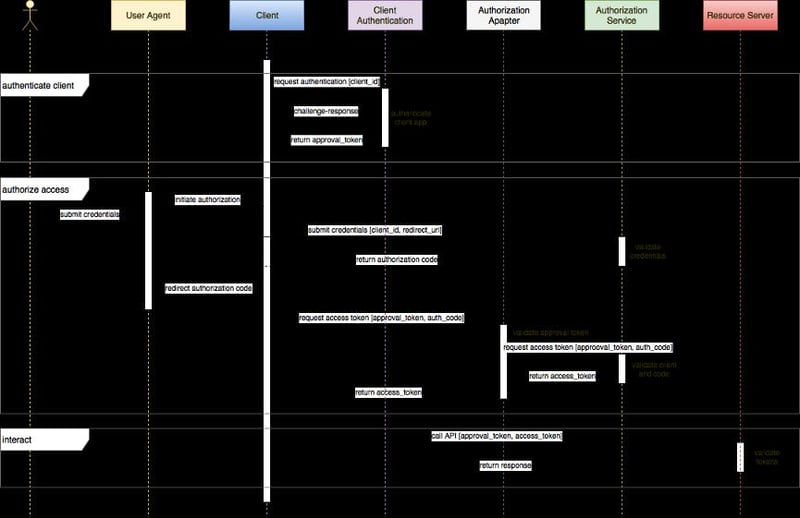 It is important that the client-adapter path be TLS protected and pinned. Since the proof of concept will use a localhost server for demonstration, we’ll pin its self-signed certificate to the Android client and use HTTPS for communication between client, adapter, and Google OAuth2 and API paths.

Copy both key.pem and cert.pem files into the OAuth2 adapter’s configuration directory located at /oauth2-adapter/config/.

Copy the cert.pem file into the Books app’s assets directory located at /books-client/app/src/main/assets/.

In a terminal, use the Java keytool to generate a ‘secret’ keystore, and extract the fingerprint. For convenience, you can use ‘secret’ for all parameters.

Ensure the secret.keystore is placed in /books-client/ directory of the cloned repository.

Next go to the Google developer’s console and sign in. Select or create a new project. 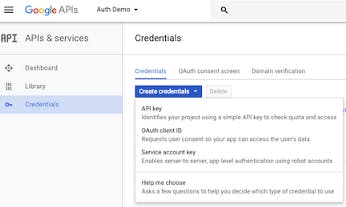 The project in this screen shot is shown as ‘Auth Demo’. Create an API key using the secret fingerprint: 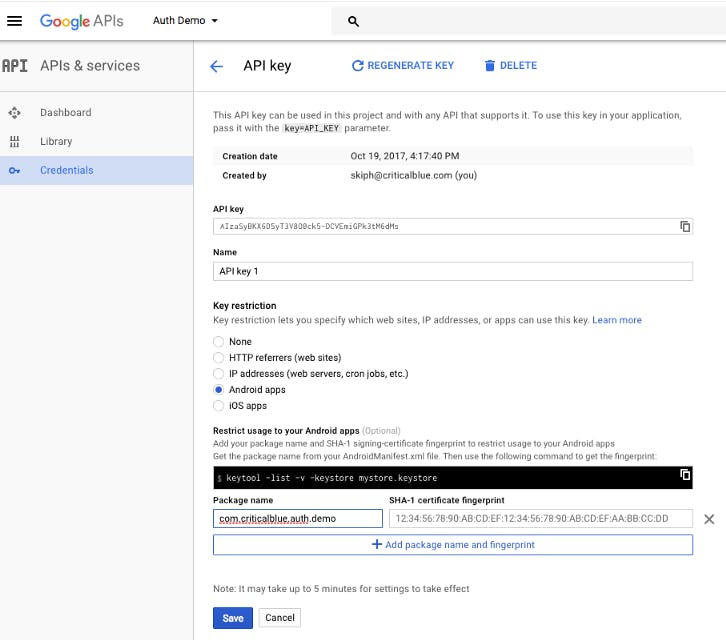 Next, you will create an OAuth2 client ID and secret. You might expect to use the Android application type, but it will not generate a client secret. Instead, make sure you select the Web application type: 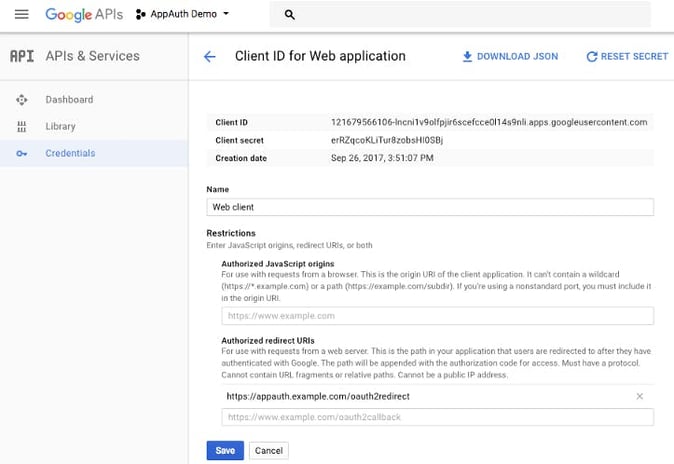 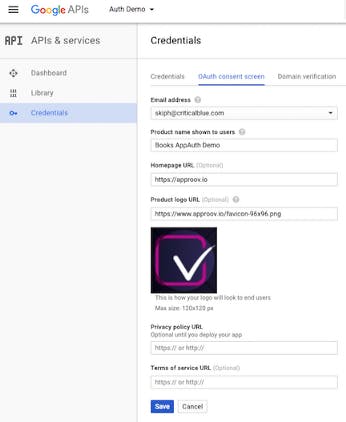 An attestation service is used to establish trust between client and proxy server. Open a browser and visithttps://www.approov.io/demo-reg.html to get access to the free demo service. Complete the registration, open your email, and unpack the attached zip file into a convenient place.

Configure the OAuth2 adapter to use Approov tokens from the client and the Google client secret with Google.

In the /oauth2-adapter/config directory, copy the secrets_sample.js file into the same directory and name it secrets.js. Set the approov_token_secret value to the string provided in the demo package email. Set the value of the google_client_secret to the client secret provided in the previous Google credentials step.

In the OAuth2 adapter directory, run npm install to complete the adapter set up.

You should now be able to successfully run the adapter using npm start, but by default, Approov enforcement will be disabled.

In the books-client directory of your project, create a secret.gradle file which will hold your configuration information:

From the Google credentials step, copy the API key and client ID values into the secrets file.

The gradle build will insert this configuration information into your application as it is building. Both secret.keystore and secret.gradlewill be ignored by git, so neither of these files will be saved in your repository.

Next, add the Approov SDK to the Android client. Using the previously unzipped approov demo package, locate the Android approov.aar library, and copy it into the books client’s approov subproject located at /books-client/approov/.

You should now be able to successfully build the Books App. Once it has been built correctly, you can test it out in an Android emulator.

To test the set up, start the OAuth2 adapter and then launch the books client in Android. If the API key is properly registered, you should be able to successfully search for books: 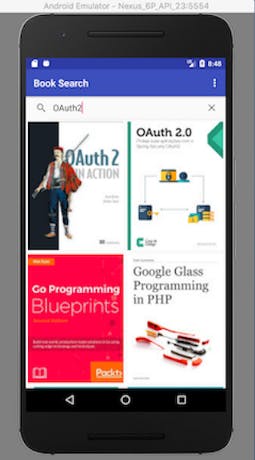 To test the OAuth2 service, select the login item in the book client pull down. This should launch an OAuth2 consent screen: 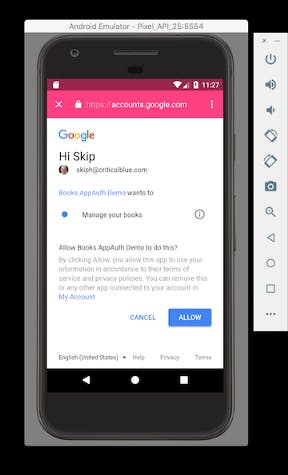 Use any Google user credentials to login, and you should now see a login icon in the client’s top bar, and in the pull down menu, the favorites item should be enabled.

For more usage details and debug, refer to the Adding OAuth2 to Mobile Android and iOS Clients Using the AppAuth SDK article.

To register the books client with Approov, open a terminal or command window and change into the directory inside the unzipped Approov demo archive which holds the proper registration tool for Android and your local environment. On Linux, for example, that directory is <your-demo-dir>/registration-tools/Android/Linux. Run the registration tool specifying the path to your application APK. For the books client, this would be <your-repo>/books-client/app/build/outputs/apk/app-debug.apk:

Once the registration has been processed, Approov tokens should start verifying. In the OAuth2 adapter, you can enforce Approov token verification by editing the /oauth2-adapter/config/config.js and setting approov_enforcement to true. Restart the adapter, and client logins will continue to succeed only as long as the installed app is genuine.

if you rebuild the client app from scratch and reinstall it, logins will fail as the newly installed app is different from the original one. Repeat the registration commands to start approving new logins from the new app.

The enhanced secret processing could be easily added to existing authentication services, or, for legacy services, the OAuth2 adapter could be conveniently added as a gateway service within the application resource backend cluster.

Thanks for reading! For more information on mobile API security, check out www.approov.io.

OAuth2, often combined with OpenID-Connect, is a popular authorization framework that enables...