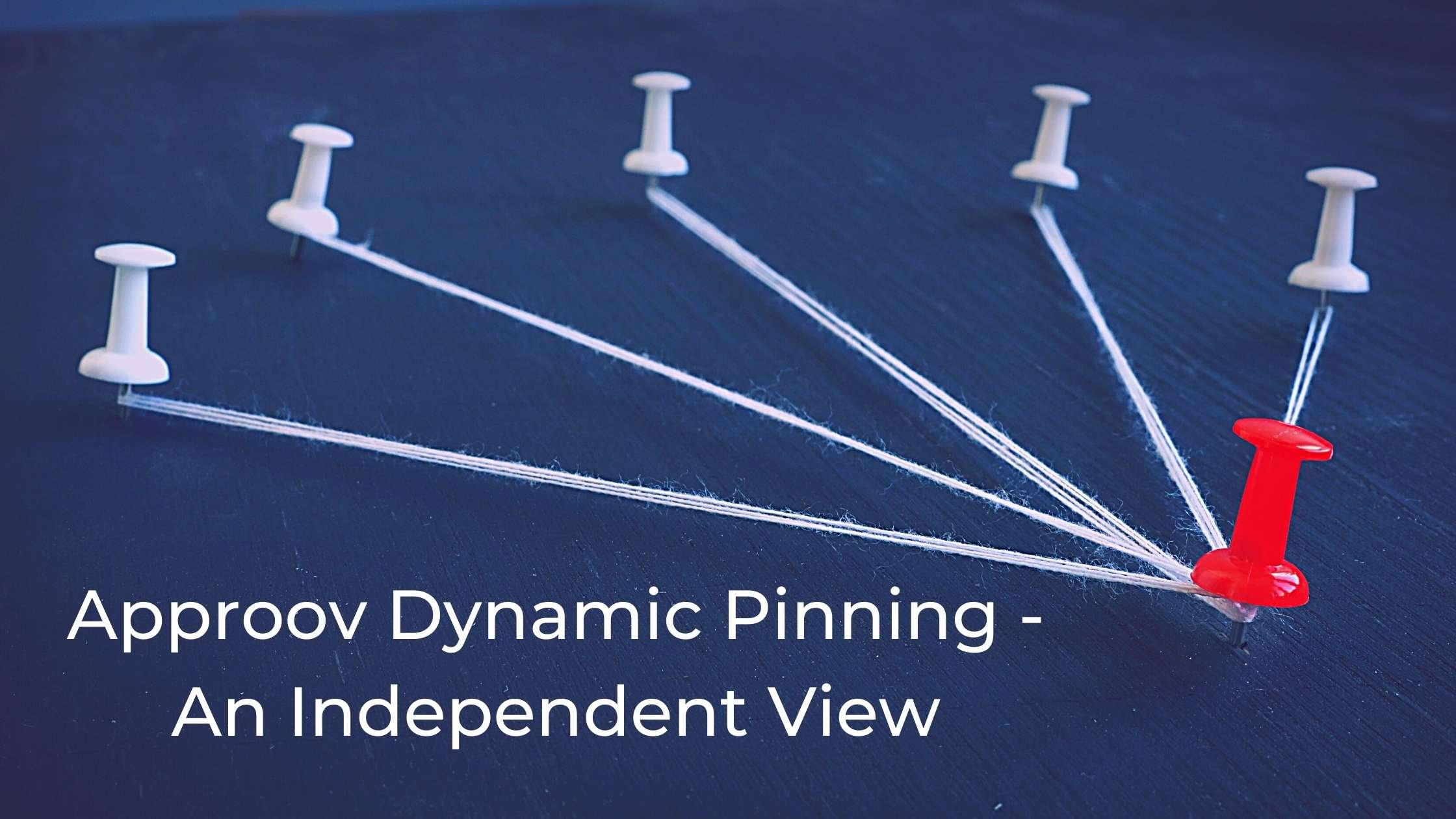 Our friends at Rakuten have written a blog about their opinions of and experiences with the Approov dynamic pinning capability. You can read it here. It’s always nice to be able to point at independent material about Approov because, although we think very highly of it, we may be somewhat biased!

Why Does Approov Have Dynamic Pinning At All?

In the early days of Approov, we expected that most customers would pin their API connections as a matter of course. Traditional static TLS/SSL pinning is good security hygiene and makes perfect business sense. It wasn’t long before the real world kicked in and we found not only that many customers did not pin their connections, but they actively didn’t want to. We even had a situation where the Dev group implemented pinning but their DevOps team wouldn’t allow them to deploy it.

We were puzzled by this but, as we dug in, we discovered that there was a real fear of messing up the pinning and/or the management of certificates and there were a few  high profile examples of mobile apps getting ‘bricked’ in the process of having their certificates updated due to poor implementation. It occurred to us that we might be able to help by leveraging our experience but also some of Approov’s in-built capabilities, in particular our over-the-air updating features for apps in the field.

The Rakuten blog explains it very well but if you want to read all the details about Approov dynamic pinning feature, you can find it in our user documentation here. Have a read and if you have comments or questions, please get in touch.

The Approov And/Or SafetyNet Question

Finally, the blog also touches on the fact that Approov might be considered as an enhancement to the protection afforded by Google’s SafetyNet API. We often have this conversation with customers and potential customers, and we have written about it before.

It’s not wrong to think of Approov this way, but it should be noted that there are more differences than similarities. The blog notes a number of things we do in addition to SafetyNet (like supporting iOS!), but we would also point out that it is important to consider the server side complexity of using SafetyNet. This is something we have been looking at ourselves very recently.

Specifically, for SafetyNet users to get their attestation quota increased to production levels they have to show that they are doing everything to avoid excessive calls to the SafetyNet service. What this means for you is:

As we have said before Approov and SafetyNet do complement each other and there are situations where it makes sense to have both solutions working in tandem. We have already formalized such an integration with Apple’s DeviceCheck API, which we have also written about, and now offer as a feature within Approov as you can see here.

CriticalBlue is delighted to announce that it has been included in the 2017 Gartner Cool Vendor...